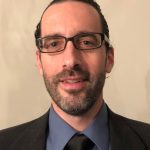 My translation from English to Spanish of Felipe Benítez Reyes’ book of poems, Vidas improbables (published by the Pulitzer-prize winning press BOA Editions, Ltd. in July of 2006 under the title Probable Lives) is the most challenging and significant literary work that I have completed. Vidas improbables was first published in 1995 and won Spain’s National Book Award and National Critics’ Award. The scholar Itzíar López Guil summarizes the book in the following way: “This collection of poems, in which a fictitious narrator presents the biographies and work of various character-poets, constitutes one of the most valuable contributions of the poetry of the postmodern era, characterized, among other things, by frequent fictionalization of the speaker of the poem. ” A translation from the book was selected for National Poetry Month’s A Poem a Day Series by the Academy of American Poets and National Public Radio Digital Media in 2006. A sample poem from Probable Lives can be viewed at the following link: https://www.boaeditions.org/products/probable-lives.