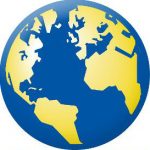 Please see other certifications and training in my resume below.

All my formal education since childhood had been conducted in French. I learned English since high school and continued with this language throughout my undergraduate and graduate studies. I obtained my French Baccalauréat (in Biology) in France. It is a national comprehensive Examination after grade 12th, a prerequisite to be admitted to a [French] University, which tested the major courses (or Majors) chosen and studied during the entire year of studies of grade 12th. For my undergraduate studies, I obtained two degrees in Applied Foreign Languages in English and Chinese (Mandarin), which are the equivalent of a Bachelor's degree, at the UNIVERSITE DE PROVENCE in Aix-en-Provence, France, in 1984. On my fourth year, I was in a Student Exchange Program between my University and Leeds Polytechnics University in Leeds, England, where I took intensive courses in business, financial and economic translation from French into English and from English into French. I left France in 1984 as I obtained an Amity Scholarship which enabled me to enter the United States. I was assigned to teach French at an Elementary School in Saint Paul, Minnesota. I wanted to continue with my graduate studies in the United States. I was admitted to ARIZONA STATE UNIVERSITY and worked on a Master's in French Linguistics. Among other French courses, I took courses in Translation Theory and Practice, in Business and Financial Translation, in Literary Translation, and in Linguistics. I was particularly interested in Sociolinguistics and Language Planning. My Master's thesis was a compared study of the attitude of the French Government, and the one of the Québec Government and the Federal Government of Canada toward the use of English in general and in advertisements. My thesis pointed out how different economic realities have shaped France's and Canada's language policies toward the use of English in their respective territories. I was granted a "Regent Non-Resident Graduate Scholarship" at Arizona State University. I obtained the Master's degree in French in 1987, with the Cumulative GPA of 3.75. In 1988-1989, I continued with my doctoral studies in French Linguistics (a scientific study of different aspects of a language) at the UNIVERSITY OF BRITISH COLUMBIA in Vancouver, Canada. I took courses in Morphology, in Semantics, in Syntax, in Phonetics, in the History of Phonetic Modes of Modern French (or the evolution of the French language through phonetic changes throughout centuries) (from Latin to Old French to Middle French, to Modern French, and from Modern French to standard French). I specialized in French Grammar and Syntax. My dissertation was on a subject in Contemporary French Grammar which had not been treated. I studied Coreference in Nominal Structures [SN1SN2] in Modern French, ("La Coréférence dans les structures [SN1SN2] en français moderne"; Some examples of [SN1SN2] are:: le président Mitterrand, Monsieur Lemeunier, le mot "vérité", ma fille la princesse. I obtained four fellowships during my doctoral program at University of British Columbia, two University Graduate Fellowships ($ 12,200 each), and two prestigious Fellowships named Isaak Walton Killam Predoctoral Fellowship ($ 18,200 each), awarded to 14 pre-doctoral candidates of the entire University per year.

In 1985, I was a Credit Teacher and Counselor at the International Language Villages, organized by Concordia College, in Moorehead, Minnesota. I was a Teaching Assistant at Arizona State University while I was working on my Master's degree. I taught French Grammar and Conversation courses at the Intermediate level (French 201, French 202) each academic year and during Summer of 1987, a total of ten courses during my Master's program. I was a Lecturer and taught two courses at the University of British Columbia. I was allowed to work in the United States when I became a permanent resident in 2000. Between 2001 and 2007, I taught French at four Colleges in Atlanta: Spelman College (a private College for women), Morehouse College, Georgia Perimeter College, and Agnes Scott College (a private College for women). I have always liked the law in general and I like to study law. I obtained two Diplomas in paralegal studies in 1999 from the Professional Career Development Institute in Atlanta, from the School of Paralegal Studies: Diploma in Paralegal Studies with Honors, Diploma in Civil Litigation with Honors. I stopped teaching French from 2007 as I have really been interested in working as a Vietnamese Interpreter. I started working as a Vietnamese and French Interpreter and have worked with some local interpreting agencies in Atlanta. I obtained a Certificate of Completion from the Cobb County Superior Court in October 2000 for successfully completing the Cobb County Superior Court Interpreter Seminar. I also have the Professional Linguistics Interpreter Certificate from Professional Linguistics. I fulfilled all the requirements and have been designated as a CONDITIONALLY APPROVED VIETNAMESE INTERPRETER (LICENSE No. CA-13073) by the GEORGIA COMMISSION ON INTERPRETERS since April 2013. Since April 2013, I have been a Licensed Court [and Legal] Vietnamese Interpreter. I do not take medical assignments anymore. I have since then been solely interested in taking legal cases, either court hearings and trials, and other court proceedings, or legal depositions. I also interpreted for government agencies such as Social Security Administration, and the U.S. Naturalization and Immigration Services. I interpreted in over 800 cases since 2000-2001, and from 2008 to 2021, both medical (in the past) and legal cases. Among the criminal cases, I interpreted in over 30 trials in both criminal and civil cases during these years. I am also interested in taking work in business, I have interpreted in chicken farms cases, for auto insurance companies, for health care companies, interpreting employees health care benefits and/or pension plans to the Vietnamese employees of a factory.

I am particularly interested and specialized in legal and court interpreting. The Certification Examination comprises two important exams, which are a written exam and an oral exam, and two other requirements. The written examination tests English vocabulary and phrases, idioms, synonyms, antonyms, at a high level of education, legal terminology and phrases, Code of Ethics for Court Interpreters, and proper reactions and behaviors of interpreters in courtroom situations. The written examination also tests the basics of American legal system, of civil law and criminal law, especially criminal law. The Oral Certification Examination tests three modes of interpretation: simultaneous interpretation, consecutive interpretation, and sight translation (interpretation of documents), which are all timed/have time limits.

I take legal cases in Atlanta or anywhere in Georgia, in Alabama, in North or South Carolina, whether to interpret on site, or to interpret via Zoom.

Atlanta Association of Interpreters and Translators